We arrived a Vamos! on Saturday 10th November 2012 and got settled in.  We set up the bikes and unpacked etc.  There was probably enough time in the afternoon to get a short ride in, but with a full week of riding in the mountains immanent, it didn't seem like it was necessary (or even a good idea).  We'd been up since about 4.30am to travel to the airport, so chilling was the best idea.  Our hosts ensured that we were suitably watered and feed ahead of our first day. 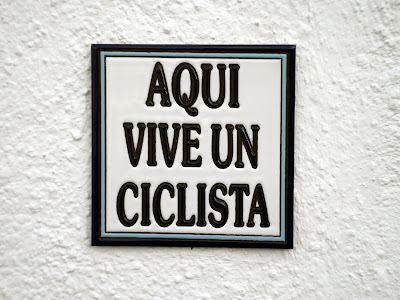 The following morning we arose for a our breakfast at 8.30am (nothing to outlandish there).  the first meal of the day was generally at 9 and it was all taken at a leisurely pace ahead of the day's riding.  We'd normally take an hour to get through the meal and that would leave about 30 minutes for the final prep before getting on the bikes.

Day one was really about finding our feet, so it was a relatively short ride.  Thinking back, of all the rides this is the one I remember least about.  We followed an approximately circular route out from our base in  Cádiar.  Along the way we visited the towns/villages of Cherín, Laroles, Mecina Bombarón.  The ride recorded on my Garmin 200 and uploaded to Strava can be seen below.

It was relatively cool, but considering we were pretty high up in the hills on the edge of the mountains it was much warmer than England at this time of year.

Having previously said that it was an easy day, there was several thousand feet of climbing involved and the climb up to the cafe stop at Laroles was over 6 miles.  I personally set off too quick, trying to follow the ride leader's (Gary's) local friend Ramon up the climb.  I was soon passed by the others on the ascent and after that, plus missing the cafe, I was the last one up.  I had a nice tour of the village though! 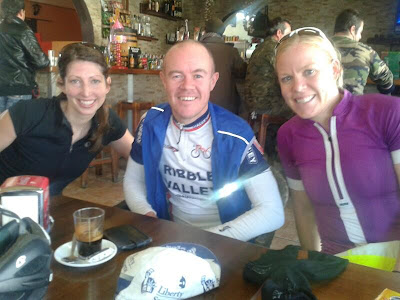 We enjoyed the warmth of the cafe with a few of the local's and, other than one person, we just had a hot drink for the ride back to the house.  After the ride I had a bit of a wander around the local vicinity to get a feel for the place just before dusk. 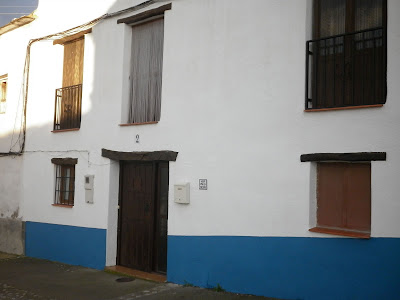 Vamos' town house - a welcome site after a ride

Cádiar is a mountainous village that has preserved it´s Morisco feel and character. It was formed from three neighbourhoods (Cádiar, Narila and Yátor), and is situated between Sierra Nevada and Sierra de la Contraviesa. In the village centre there are various monuments worth visiting, including las ermitas de San Blas, San Sebastián and Santa Rita. The iglesias parroquiales are also worth seeing, built at the turn of the 16th century. 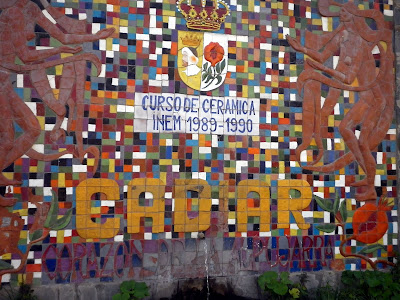 Local crafts are of great importance in Cádiar. Specialties include ceramics, items made from esparto grass and forged products, and there are many shops where you can purchase these. 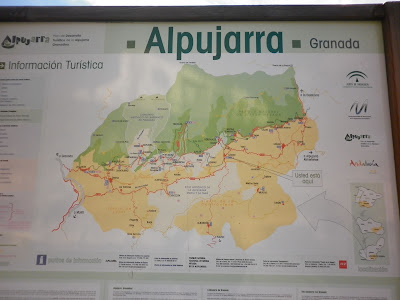 You are here! A local tourist map near where the rides began

The day was finished off with a very large and tasty meal to help the riders fuel up for the next day.  Meals were prepared by Sarah in the Vanos! town house.  After that the group discussed the ride, got to know each other a little better and chilled out before bed. 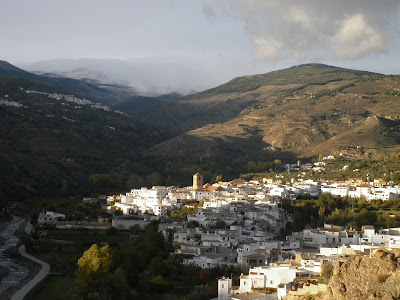