...continued from LEJOG (End to End) Day 7 - Past Loch Lomond to the Great Glen

I soon caught up with Paul and we headed to the next major junction on our route.  We were sticking to the A82 all the way, but the road wasn’t always straight and the there was a change in direction (taking us roughly North West) at Crianlarich.  A similar thing happened at Tyndrum, where we stopped for a toilet break, before the road swung back Northwards.  The road was climbing a bit here, but nothing too severe, we would ascent to about a thousand feet at the summit of the ride.  However, a climb was always felt a bit more than usual when you had all the luggage.

The road levelled out for a bit and we headed for the Highlands.  Unfortunately, the rain was back again, but not with any real ferocity.  Whilst we’d have rather been dry, I suppose, the next view would just not have been the same without the rain.  We rode along the side of a valley and the gentle precipitation was creating a rainbow on or right and this appeared to be really close and almost below us.  My pictures really don’t do the view (compared to what we saw with our eyes) justice.  It’s not something you see everyday, and personally it’s not something I’ve seen before or after that day.  We were tempted to veer off road to find the proverbial ’pot of gold’!


We had a bit more climbing, and then we had the descent into a valley containing Loch Tulla.  Again, the views were really spectacular.   We rode across this plateau and through a little place called Bridge of Orchy.  Continuing our route along the A82 we then crossed a small viaduct (that looked a bit like a miniature version a the Runcorn bridge).  That was the last bit of flat, we were climbing back up the road took us around a sharp (almost hairpin) bend and then we could see signs for a car park.  This seemed like a good place for a pit-stop and it should have also been a good place to survey the surrounding countryside.  We pulled into the car park.  There were a few cars owned by tourists on a day trip and a tourist coach, who’s passengers were all taking in the wonderful views.

We got talking to a few guys on a day out from Yorkshire.  We explained the nature of our ride and where we were going to and coming from.  We all agreed that the views were stunning and the scenery fantastic.  They explained that they were travelling the A82 in the opposite direction to us, at this point, and that the sights on the next leg of our journey were going to be even better.  We found this hard to believe.  We stopped for a while, whilst I took a good number of photographs and our new acquaintances took some of Paul and I together.  We reciprocated, and took some of the guys from Yorkshire together.  We bid them farewell, carried on climbing for a while and headed towards the place where the views were going to outdo the current ones. 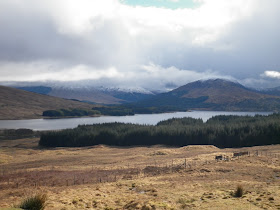 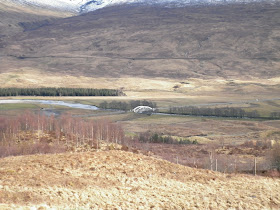 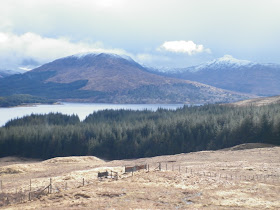 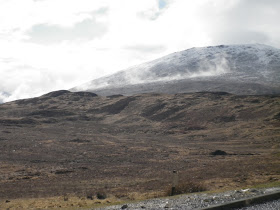 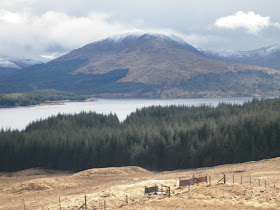 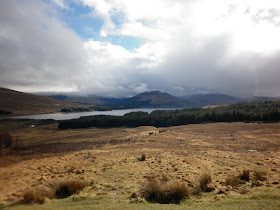 
We soon arrived at the place our car park companion had spoken of.  The scenes up here were truly spectacular, and the guy was right, they really did outdo what we’d seen before.  That was really saying something.  At the time all I could do was take in the views and soak up the atmosphere in such a remote place.  I had to do a bit of investigation, to work out what we were looking at, when I got back home after the LEJOG ride.  This consisted of looking at the ride on Strava and working out what point we were at using Google Maps street view.  It turned out to be a small lake, or tarn, named Lochan na h-Achlaise, which is situated on Rannoch Moor.  The pictures I took soon became the desktop background on my computer!  Not that they were that good, but you couldn’t fail to take great pictures up there.  Of all the places we visited, this is definitely somewhere I’d love to cycle past again.  Well, you never know, maybe one day.  It’s bit too far away just to set off (cycling) from home on the weekend! 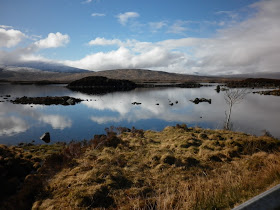 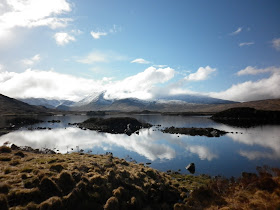 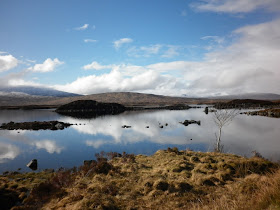 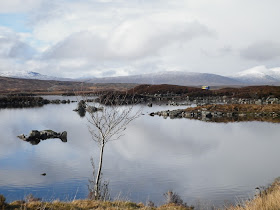 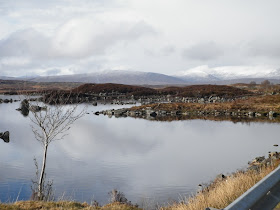 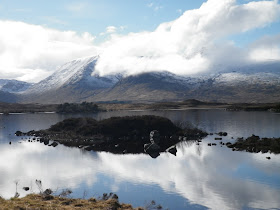 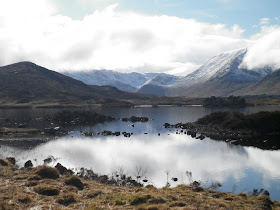 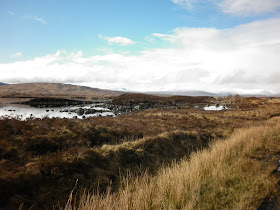 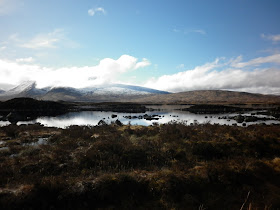 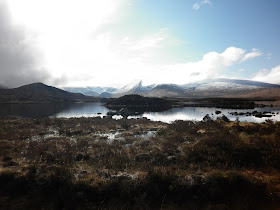 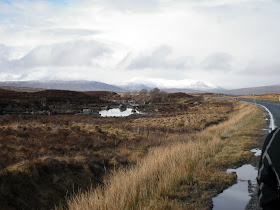 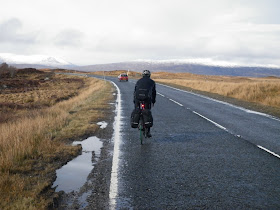 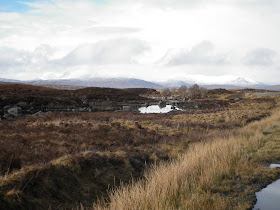 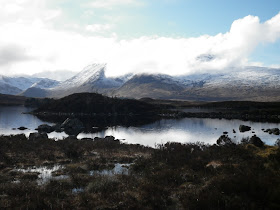 Above - The stunning scenery around Lochan na h Achlaise


It took Paul some effort to drag me away from this place.  I could have stayed there looking around for hours but, he was right, we still had some way to go to get to the Hotel near Loch Linnhe.  The last leg of the day’s journey took us up the valley past Loch Achtriochtan, through Glencoe and on to the accommodation near Fort William.  The final part of the day’s adventure can be seen here: